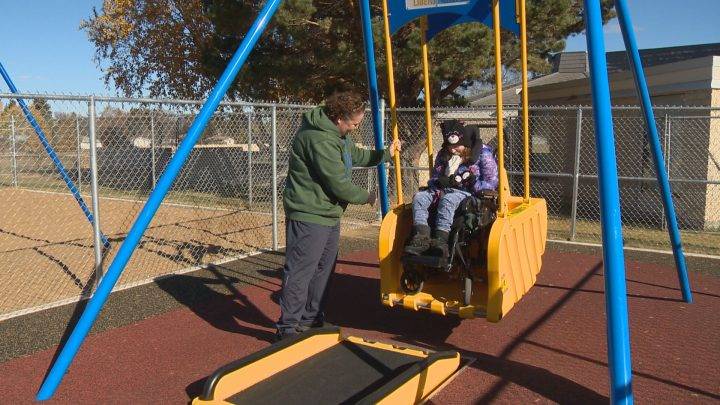 John Dolan School in Saskatoon (the largest city in the province of Saskatchewan) is a public school for students age 3-22 who have special needs. Recently, the school worked with GameTime and our exclusive representative in Saskatoon, Park N Play Design, to create an inclusive and sensory-rich play environment for children of all abilities.

Parent and John Dolan Board of Education Trustee, Charmaine Bellamy says the profound effect it had on both her son and herself came as a surprise. She said her son Luke is significantly impacted by autism, is non-verbal and has a number of medical conditions. He doesn't embrace the offerings of a regular playground but the opportunity to experience the unique apparatus at his school's new playground was a special experience for both mother and son."I was shocked to witness him confidently walking up the gradual ramps on the playground to explore without fear and without hesitation," Bellamy said. "We watched him find numerous activities to engage in and he had the skill level to use them. We watched him find joy in listening to the sounds of the many sensory activities around the playground. He was nervous about the swings but I helped him on to one, pulled the safety bar over his head and he slowly seemed to realize that he was safe." Luke’s timidity transformed to excitement when he was joined on the swings by two other children on the playground.

"At that moment there was an imprint on my heart that will never leave. It changed my understanding of equity and inclusion forever," Bellamy said. "My son was at the playground doing the exact same thing as the other two children. He actually initiated the activity and the others followed him. In his 12 years I've never witnessed anything like it. "This kind of experience is made possible when a playground is designed to benefit everyone to the greatest extent possible. GameTime utilized the research in Me2®: 7 Principles of Inclusive Playground Design to create a space that addresses the needs of the whole child, the whole environment and the whole community. Me2® was developed by educators and landscape architects at Utah State University Center for Persons with Disabilities and published in partnership with PlayCore.

The $564,000 playground was paid for solely through fundraising spearheaded by the school's parent council. The effort was supported by donations that included a $25,000 contribution from Kinsmen Telemiracle. The main play structure includes a variety of sensory panels and is designed to be fully accessible and inclusive while still offering opportunities for different skill/ability levels through the use of climbers, stairs, and slides. There are also three other areas which include interactive panels for touch, sound, and sight including the sensory whirlpool and shadow play flowers.

The entire play area includes recycled rubber poured-in-place surfacing that is soft and fully accessible. Principal Kathleen Underwood said the playground has numerous benefits for students at John Dolan School, which serves intensive-support students ranging from four to 22 years of age. "Besides the sheer joy of watching them play together on the playground, we recognize as educators the benefit and the challenge to their independence as they make choices and develop preferences for specific areas available to them on the playground," she said.

There are benefits to the students' personal and social wellbeing as they interact with each other, take turns and share the space with their peers and with visitors who staff and students encounter when they come out for play time on the playground. "For Charmaine Bellamy, as she watches her son Luke interact with other children, the playground represents one simple idea, “this is the definition of inclusion.”

Thank you! Your submission has been received!
Oops! Something went wrong while submitting the form. 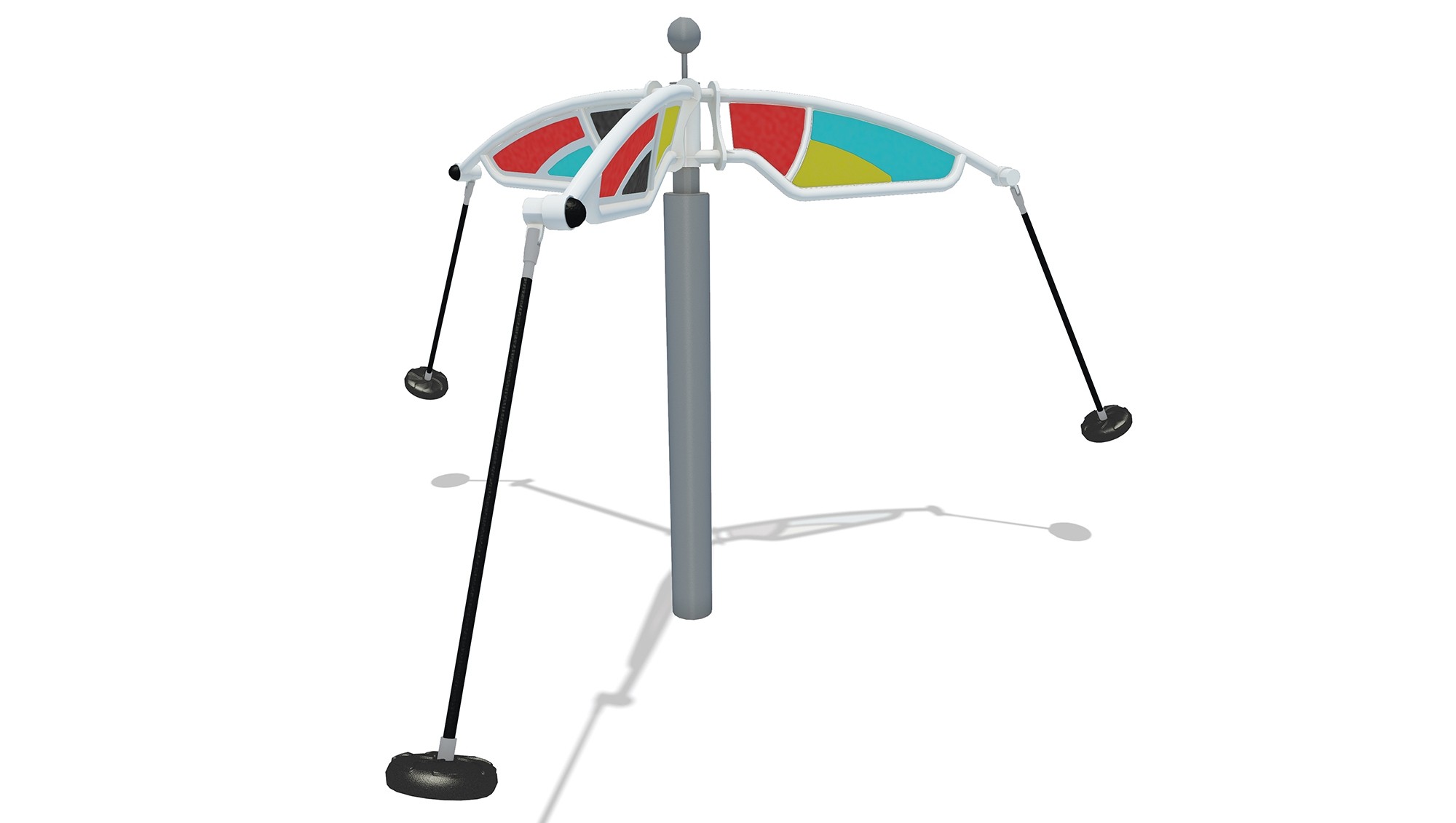 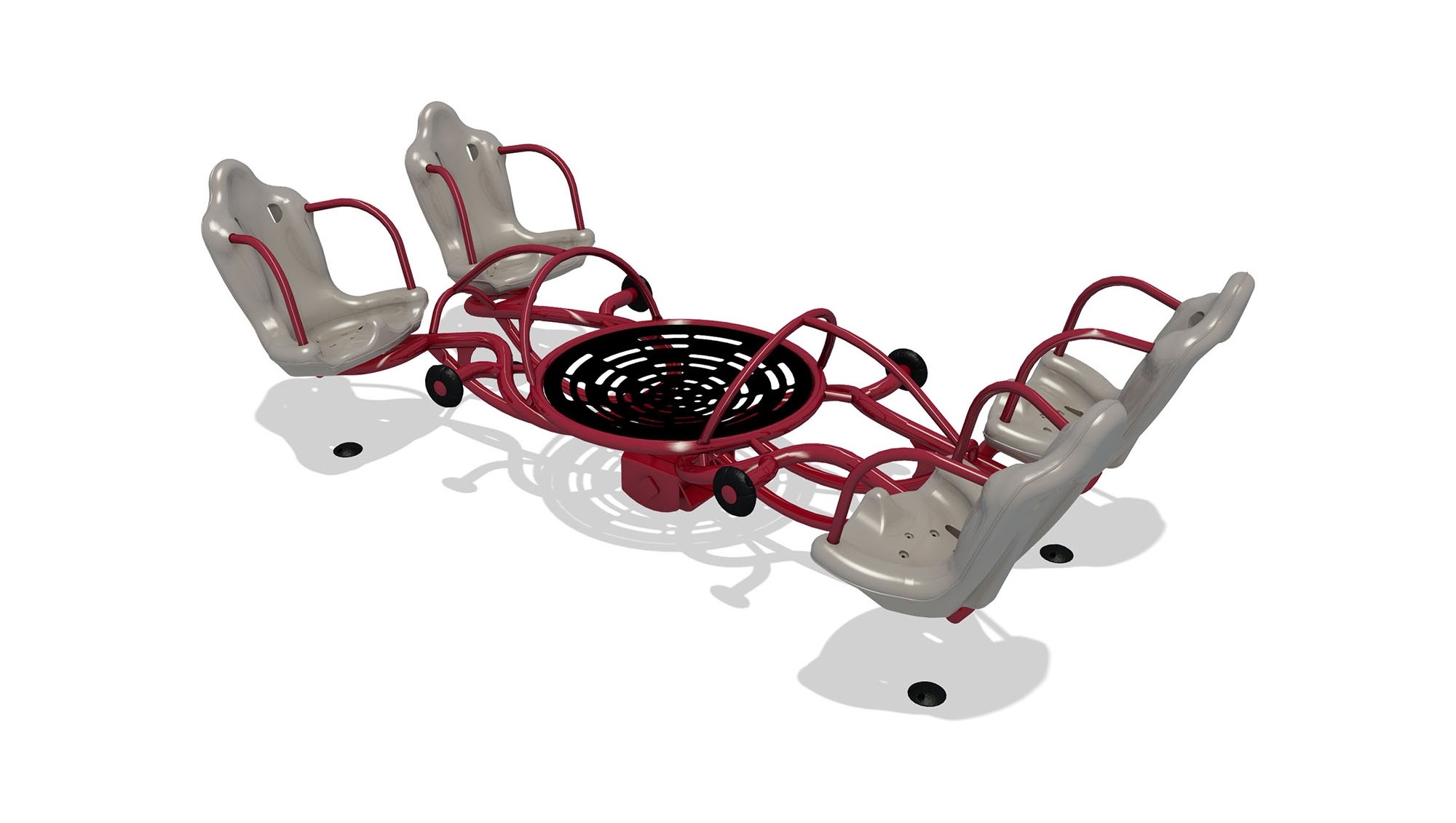 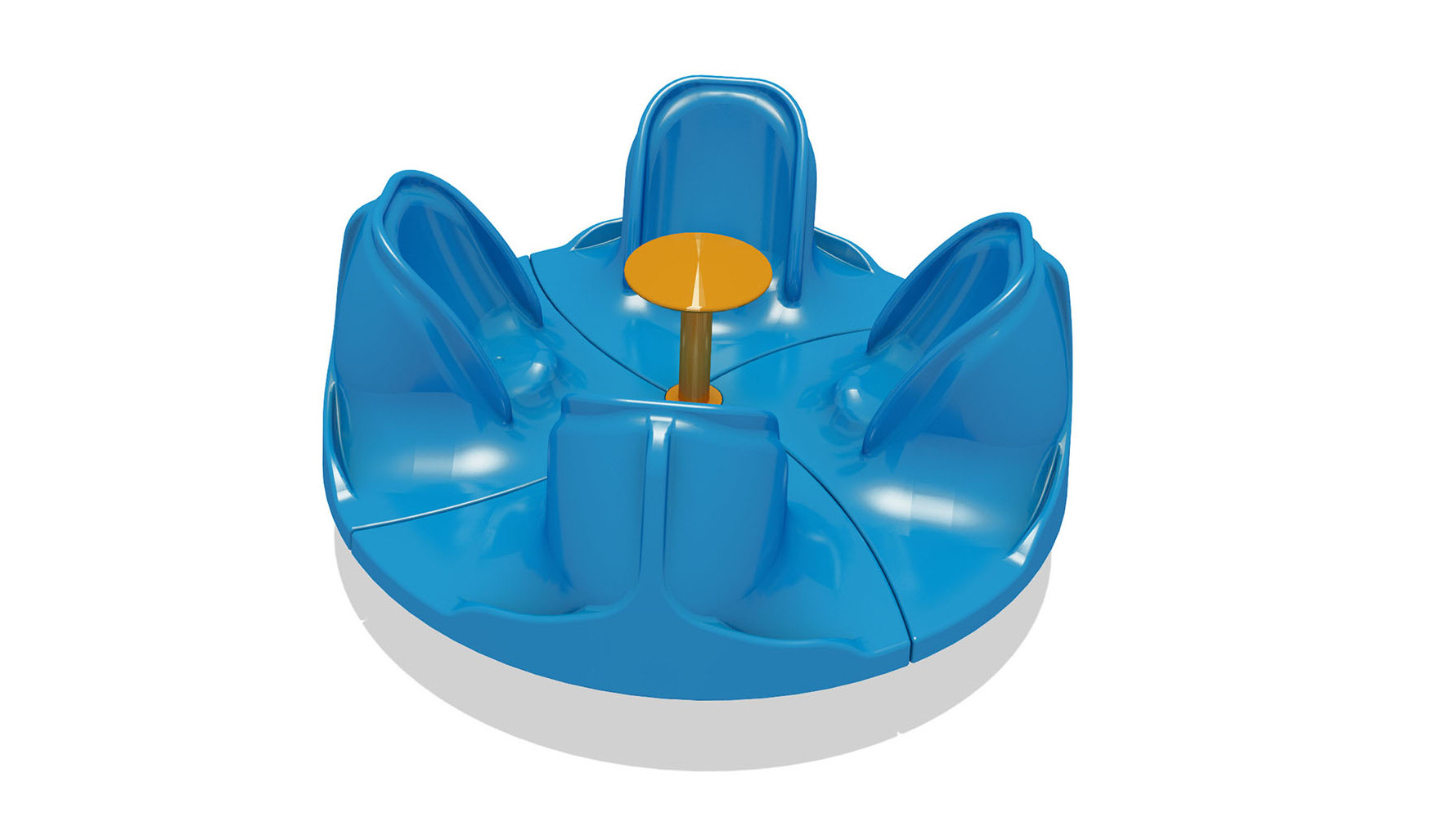 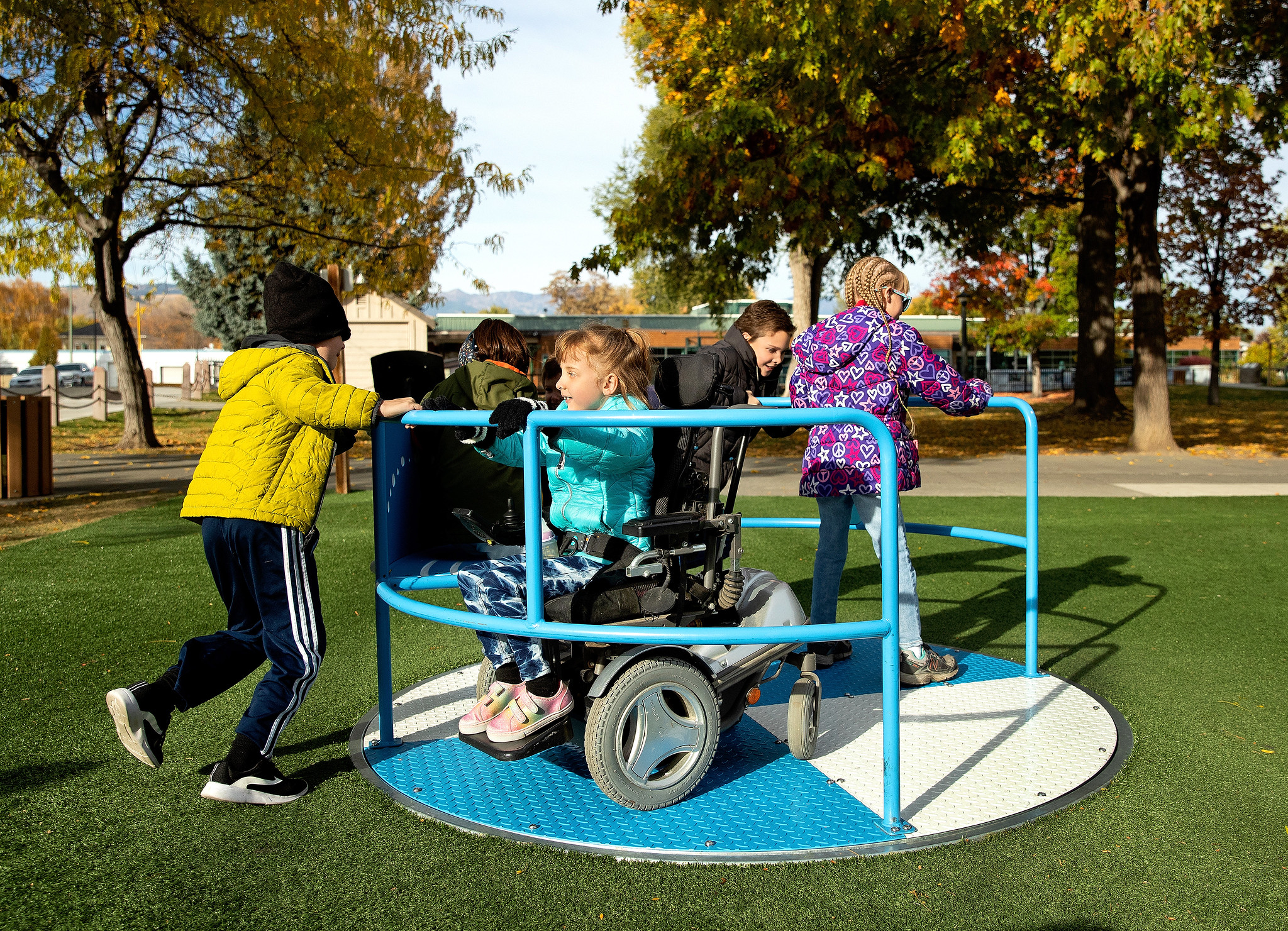 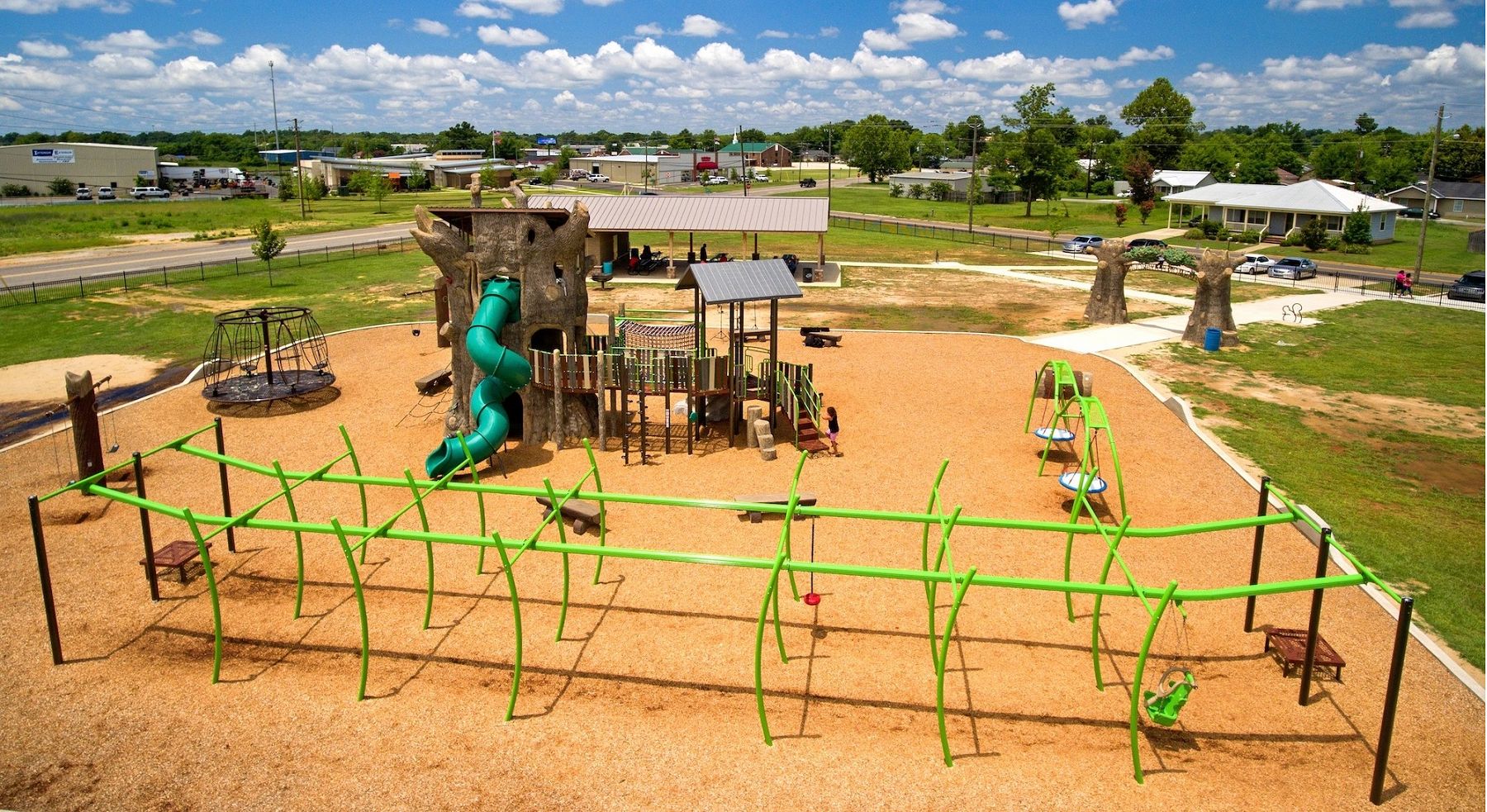 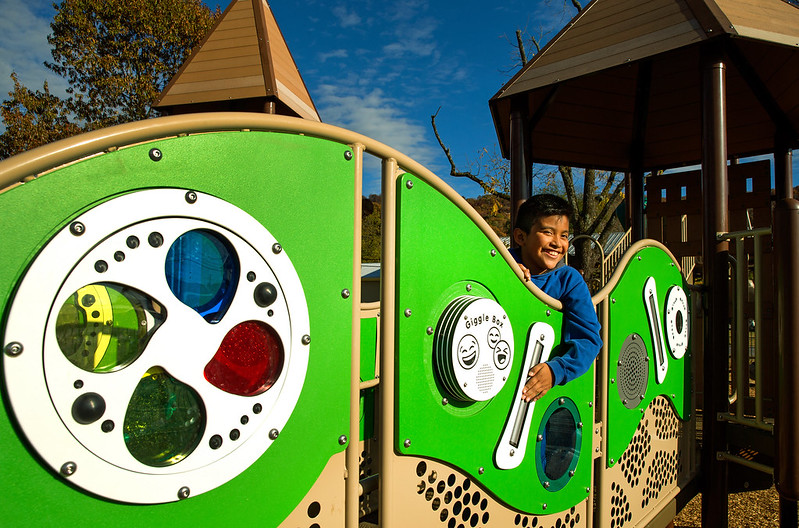